Bicycle Travellers - The Ultimate Resource for Bicycle Touring and Bikepacking

Ride on and on with Bamboo Handlebars

Up until now, handlebars have been designed to be strong and stiff as a means to point your wheel in the right direction. Practically speaking, they get the job done, but there’s been serious oversights when it comes to hand, wrist, and arm comfort.

For the long rides, it’s all well and good having different positions to hold your bars in, but at the end of the day, we knew something that absorbs the noise of the road would be where the real comfort lies.

Through many bicycle touring adventures that have left our wrists and hands in pretty terrible shape, we decided there had to be a better way to face the chatter of a good ride and come out unscathed on the other end.

This age-old issue sparked the premise for Passchier Bamboo Handlebars, when Dirk and Mike decided there had to be a better way to take that sting out. Inspired by Dirks history as a craftsman building wooden kayak paddles, the key to these paddles was the stress absorption and upper body comfort they delivered, all attributed to the qualities of the natural fibers used. We quickly understood what had been missing from our ride, and realized that these features could be transferred to the world of two wheels. 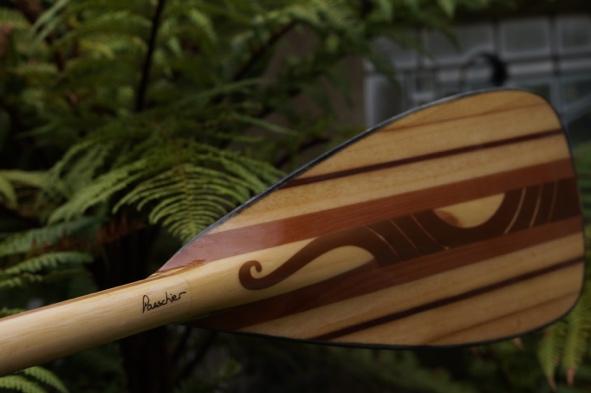 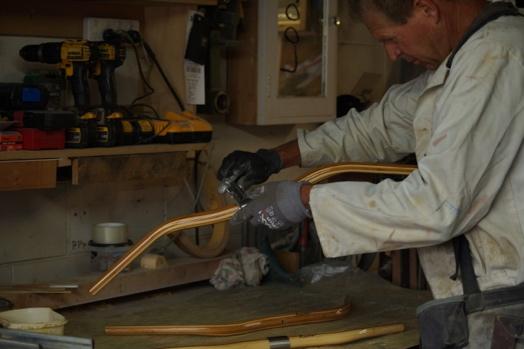 And so, 3 years ago we put our minds to developing bamboo bars for the touring market, figuring they’re the ones who would require comfort more than any other rider.

After testing, building, testing, building, a fair few prototypes and some more tests later, we’d crafted something that was unlike anything we’d ever ridden. 760mm bars built from laminated bamboo with a 22 degree sweep. The bamboo fibers dampened the vibrations of the track, while the slight flex took the stress off our arms and shoulders. The jarring, tingling sensation our hands were so often left with was gone. They ended up proving so comfortable they left you wanting to overshoot your destination and just ride on and on.

We decided to call them the Gump… 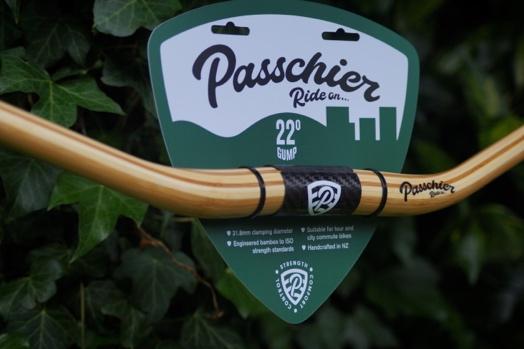 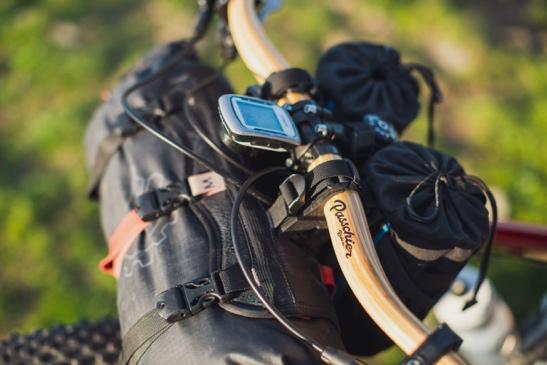 Lo and behold the Passchier Gump bars, named after Forrest Gump, who although not a rider, also just couldn’t stop. We wanted to take the rattle out and that’s certainly what we did – to the point that on the first instance of riding, it’s almost a shock as riders aren’t used to having that bit of flex in their bars, but after a couple of rides try going back to the old ways of alloy or carbon and the stiffness that they possess, the rigidity feels unbearable. It was clear that the Gumps delivered a new level of comfort that is changing the way people ride.

Bikepackers began taking them up in New Zealand, using them in the Te Waipounamu and The Great Southern Brevet. We’d seen the vibration damping in action through our testing, but it was the riders responses that proved our bars were delivering exactly what we’d designed them for – “The sensitivity on gravel is unreal”, “I was amazed at the smoothness and lack of sore arms after several varied lengthy descents”, “The flex has taken stress and pressure off my wrists, arms and shoulders on long rides”. They were saving hands and wrists, and riders were finishing 7 day brevets with smiles on their faces. 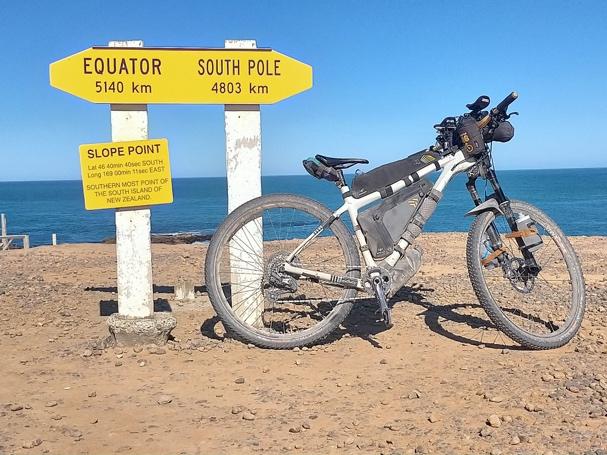 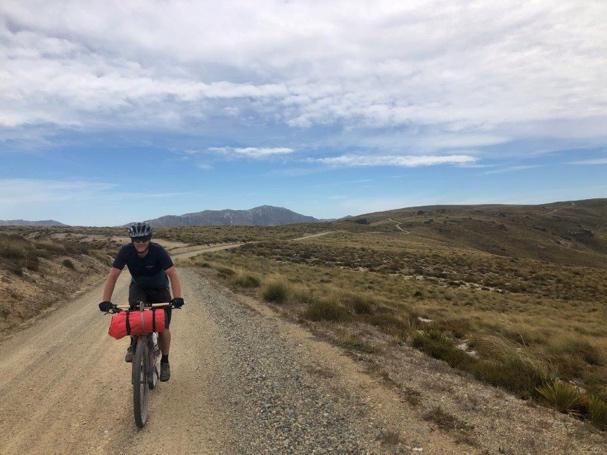 The big questions we get are:

You guys have to be crazy – and quite possibly we are.

How can you make a bamboo bar strong enough for biking?

Undergoing vigorous strength testing, Passchier bars have proven up to ISO standards, as no one likes to eat dirt. Put through 5 days of testing with over 100,000 repeats, the Gumps were pushed to their limits and shown to be perfect for touring, commuting, and easy trail.

Being the responsible bike owners we are, we’ve left our bars out in the elements to fear for themselves for the past two years. Being waterproof and weather resistant, the Gumps have remained as good as the day we made them, while our bikes are starting to feel the effects of those hard years.
​​ 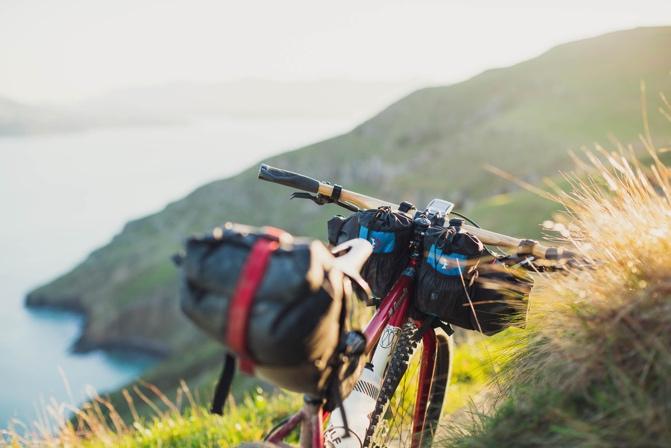 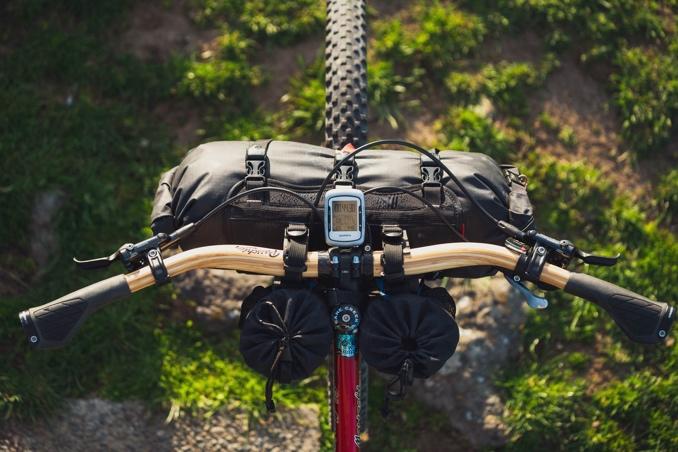 The Gumps are built for the bikepackers who spend a good bit of time behind their bars. They deliver a comfort we’ve been unable to find with any other bars, and allow the rider to add aero bars or handlebar bags for a right flash looking dashboard on those long rides.

With custom colours available if you’re fashion conscious, and a 650mm version for smaller body frames, town cruising, and tighter terrains, i.e. trees or traffic, there’s something for everyone to get onboard and feel what they’re really all about.